This paper proposes a method for producing nanocomposite electrocatalytic coatings based on zinc-iron layered hydroxy sulfate Zn2Fe4(OH)12SO4·8H2O and iron(III) hydroxide Fe(OH)3 using the successive ionic layer deposition (SILD) method. The obtained materials were investigated with the methods of SEM and EDX, XRD, FTIR spectroscopy, and also were analyzed their electrocatalytic performance. These compounds are formed on the surface of the substrate in nanosheets shape with an average size of 6–17 nm, which self-organized into coral-like agglomerates. It was shown that by varying the anionic component of the reaction solution – NO3-, SO42- or Cl-, effective control of the 2D nanocrystals phase composition is possible. It has been determined that electrocatalytic materials based on Zn2Fe4(OH)12SO4·8H2O and Fe(OH)3 are active in the process of hydrogen evolution from alkaline water-alcohol solutions. In result overpotential value of hydrogen evolution reaction at 10 mA cm2 decreases about ~ 10%, as well as energy consumption to carry out this process reduces about 8–12%. as shown from the decline of the Tafel slope. The developed materials have high cyclic stability and short non-stationary mode, which allows them to be considered as the base of electrocatalysts for the processes of hydrogen evolution from ethanol in an alkaline medium. 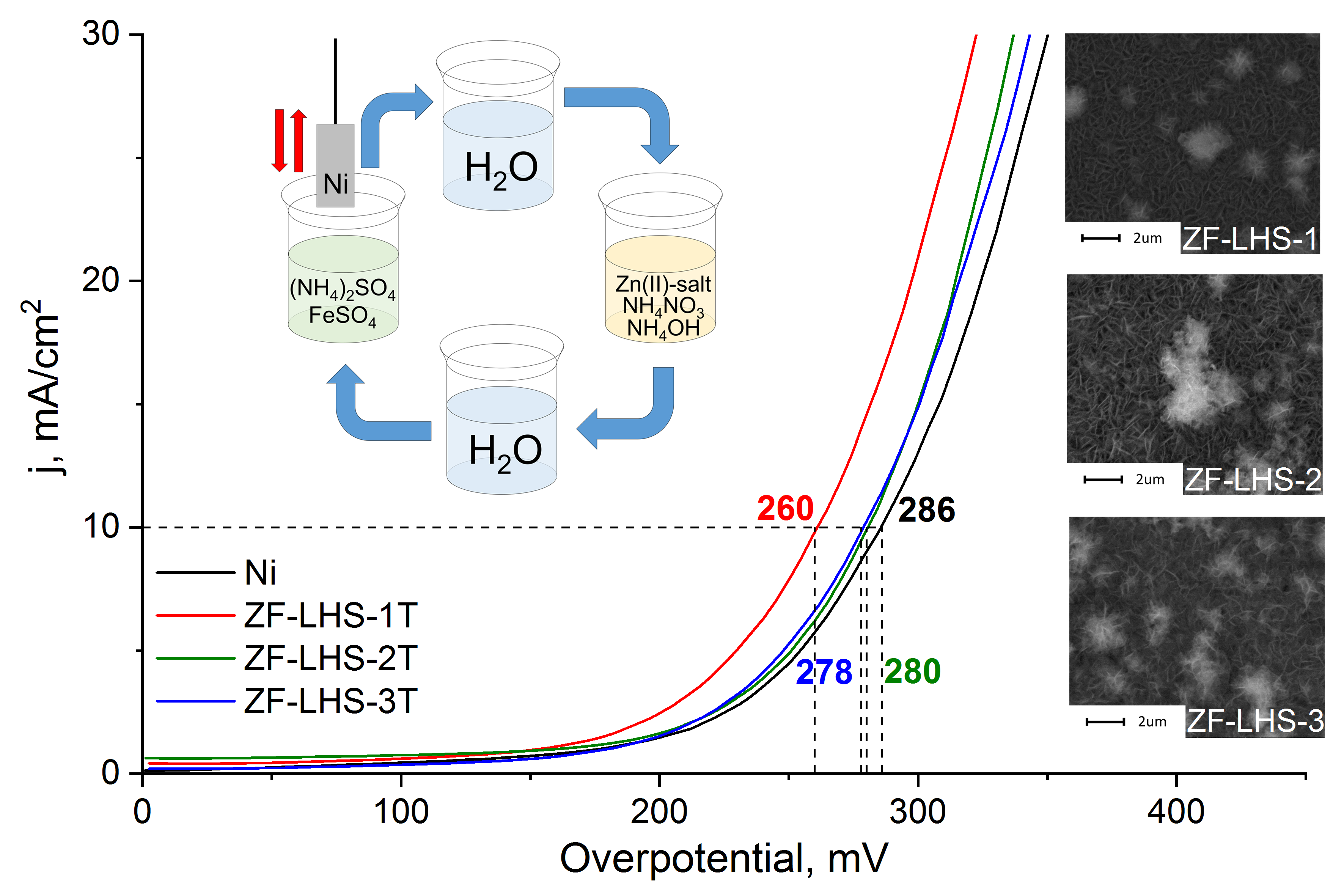