Currently, nanocrystalline NiO is well known as one of the best non-noble metal electrode material with low overpotential (OP) but mediocre stability. On the contrary, CoO has remarkable stability but the high values of OP. In this work, a method is proposed to achieve the stability of nickel oxide-based electrode materials while maintaining a low OP via the synthesis of a nanocrystalline CoO–NiO solid solution. Nanocrystals of CoO–NiO solid solution were synthesized by successive ionic layer deposition (SILD). XRD, SEM, and EDX analysis show that the CoO–NiO sample consists of 3 – 5 nm isometric crystallites of the solid solution mentioned above and Ni/Co ratio is equal to 45.4 % / 54.6 % at. Electrochemical investigation of the nanocrystalline CoO–NiO solution as electrode material shows OP values of -240 mV at a current density (CD) of 10 mA/cm2, Tafel slope values of 78 mV/dec for hydrogen production from water-ethanol solution (10 % vol.) and high cyclic stability – only 3 mV degradation at 10 mA/cm2 after 100 cycles of cyclic voltammetry. Thus, it was shown that the synthesis of a solid solution within the proposed approach makes it possible to maintain the high electrocatalytic properties inherent in NiO, but with high stability in a wide range of overpotential and in the high cyclic load inherent in CoO. 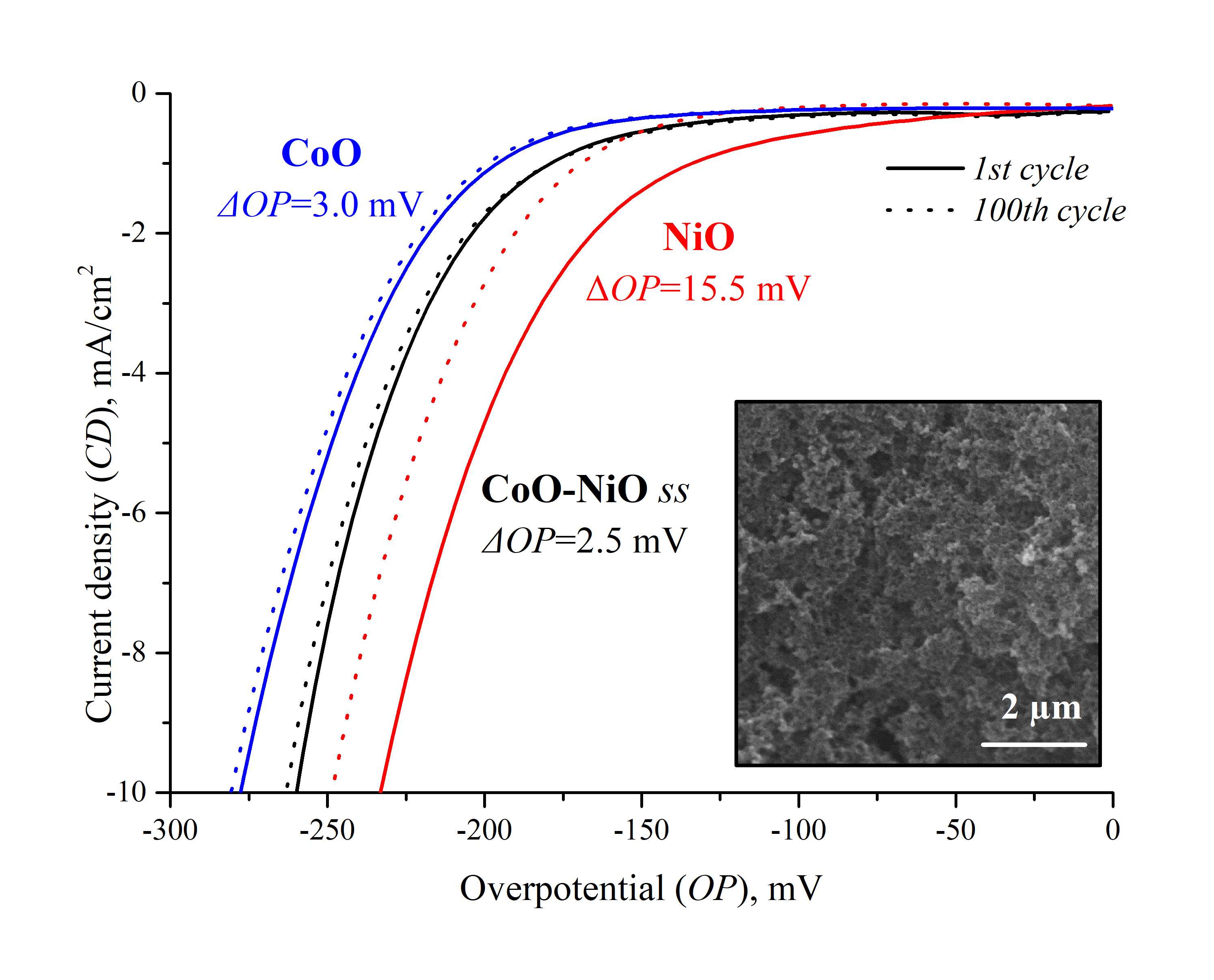