In recent years, bismuth selenide has attracted a good deal of attention due to its unique properties. Bismuth selenide is a topological insulator which has surface conductivity that makes it an attractive compound for practical applications. Employing the solid state reaction, bulk bismuth selenide compounds in four different stoichiometric ratios of Bi/Se have been prepared at 850 °C in a muffle furnace. The synthesized bismuth selenide compounds were characterized using XRD. Two most intense peaks were identified, corresponding to the (006) and (0015) planes which conform with the formation of bismuth selenide. Thin films of these compounds were deposited on Soda lime glass substrate by thermal evaporation method. Thin films were characterized by EDAX, SEM and RAMAN. Two clear vibration modes are observed corresponding to E2g and A21g modes. Optical properties of thin films were also studied. Electrical band gap is found to increase with the increment in the amount of Bismuth in thin films. 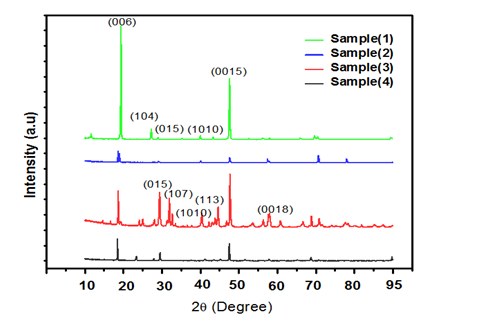