The multifaceted enzyme-like activity of CeO2 nanoparticles (CeNPs) expands the prospects for their potential biomedical applications. In this regard, there is a need for a comprehensive analysis of the redox behavior of CeO2 nanoparticles in relation to key molecules of free radical homeostasis. Here, the prooxidant potential of CeNPs towards H2O2 was investigated to elucidate both prooxidant capacity and prooxidant activity of CeNPs. To describe the kinetics in the luminol–H2O2 system at pH 8.5 upon the addition of citrate-stabilized CeO2 sol (3 nm), a numerical model of three reactions is proposed. The rate constants being a measure of prooxidant activity, were k1 = 9.0 ·104 μM-1min-1, k2 = 2.0 · 106 μM-1min-1, k3 = 2.9 ·105 μM-1min-1. The functionalization of CeO2 nanoparticles surface with ammonium citrate increases their prooxidant capacity by two-fold, while modification with maltodextrin decreases it by six-fold. It was shown that the prooxidant capacity of citrate-stabilized CeO2 sol in Tris-HCl is approximately four-fold higher than in phosphate buffer solution at pH 7.4. 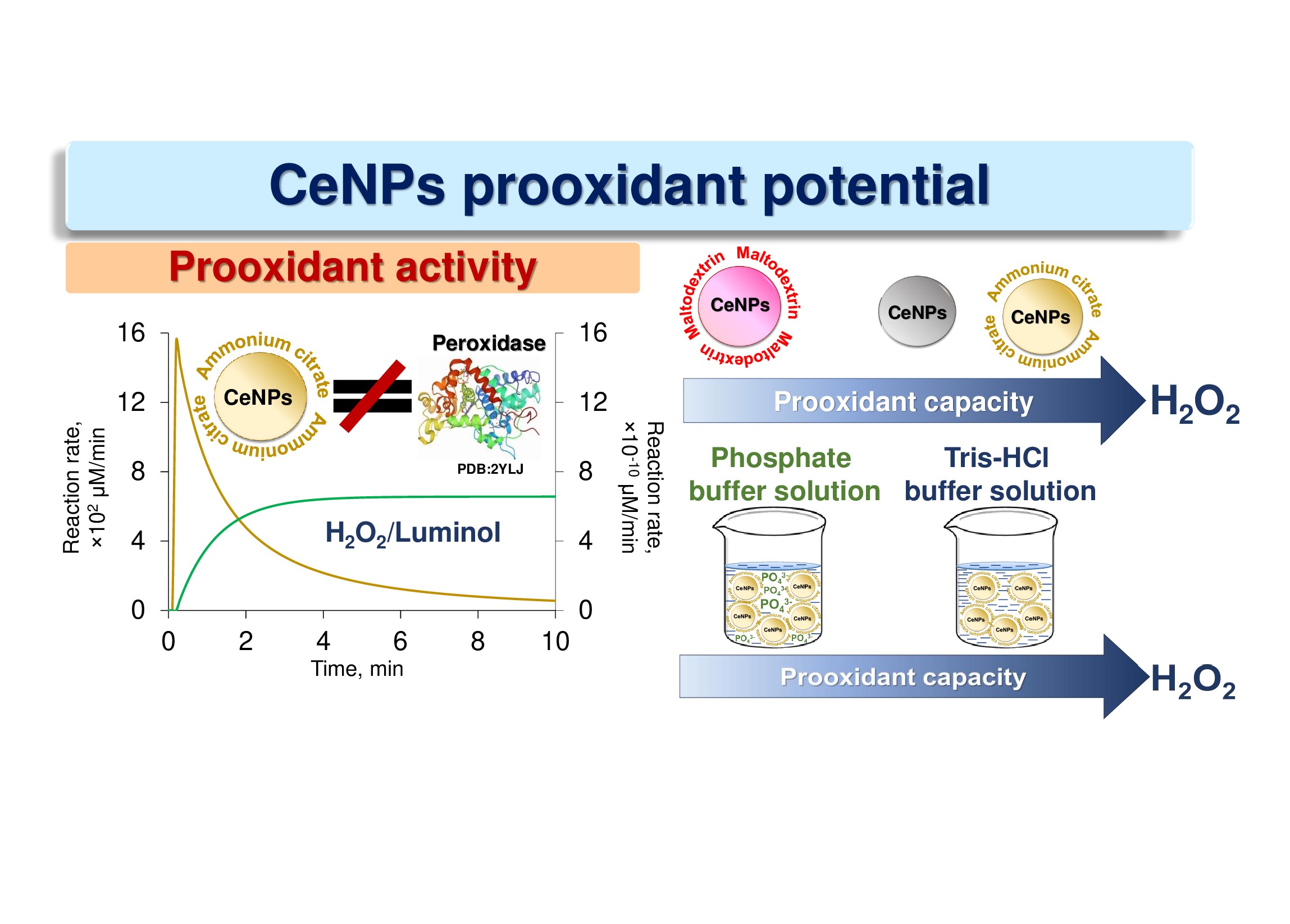