A method is presented for finding instantons in magnetic systems – optimal paths corresponding to tunneling from one magnetic state to another at a finite temperature. The method involves analytical continuation of the energy to allow for complex values of the angle variables. First, a set of discretization points are placed equally spaced on a chosen energy contour. Then, an estimate of the corresponding temperature is obtained using Landau-Lifshitz dynamics in imaginary time along the contour. Finally, the distribution of the discretization points as well as the energy are systematically refined by converging on the nearest stationary point of the Euclidean action, thereby obtaining a discrete representation of the closest instanton at the given temperature. The method is illustrated with an application to a system consisting of a single spin subject to uniaxial anisotropy and transverse external magnetic field. First-order and second-order crossovers from over-the-barrier mechanism to tunneling are found depending on the applied field, and the difference in the dependence of the instanton temperature on the energy illustrated for the two cases. By comparing the Boltzmann factors for over-the-barrier and tunneling transitions, the cross-over temperature between the two mechanisms is estimated for both first-
and second-order cross-over. 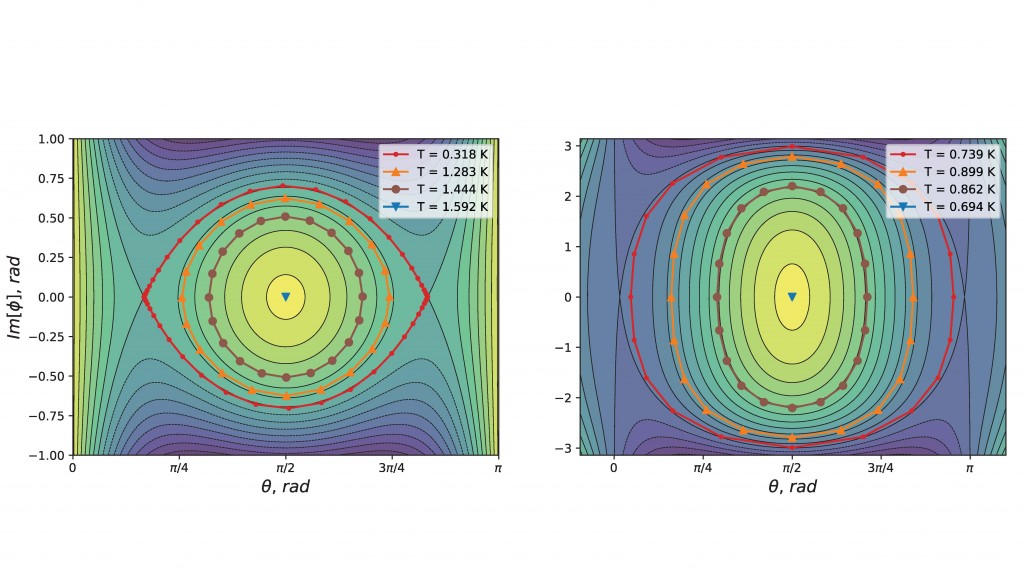