Magnetorheological effects in viscoelastic soft magnetic nanocomposites (SMNs) composed of submicron magnetite particles embedded in a network of wormlike micelles (WLMs) of surfactant were studied in a homogeneous magnetic field. In field, the SMNs showed rapid rise of storage and loss moduli by a few orders of magnitude as a result of the ordering of magnetized particles into chain-like or columnar structures. Moreover, solid-like behavior and yield stress of the SMNs were observed. Study of rheological response on periodic switching of field revealed that the initial viscoelasticity of SMNs did not recover completely after removing field, which was attributed to extremely long relaxation time of the WLM network. It was found that the variation of storage and moduli loss was associated with the stepwise change in magnetic field; this can be fitted by two-exponential functions, a characteristic time for the slower process being almost the same as the relaxation time of SMN without field, indicating that this process is essentially determined by the viscoelastic properties of the matrix. 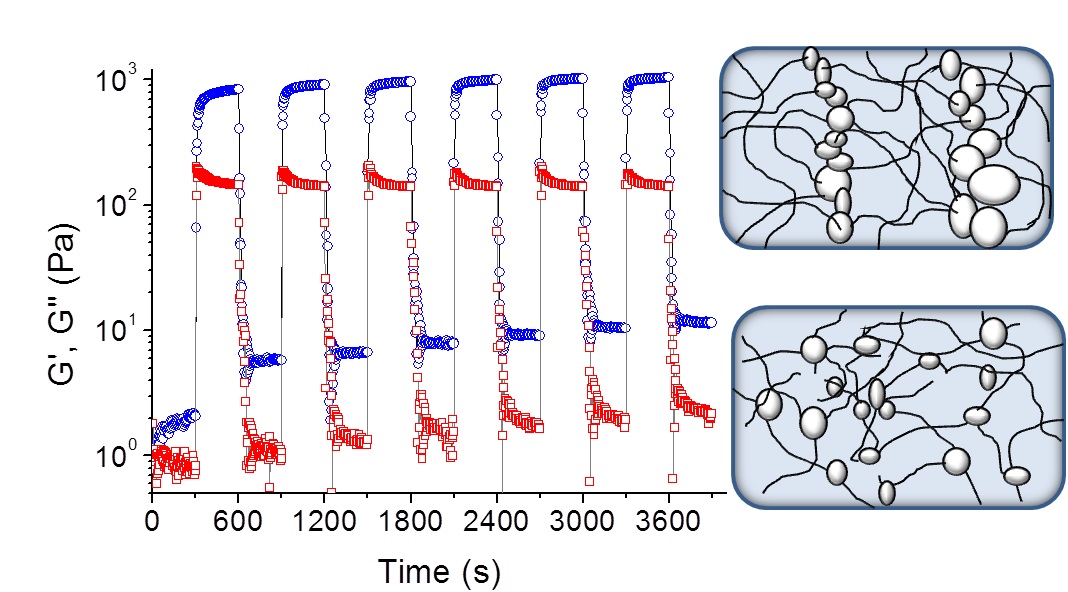