The interaction of electrons in a superlattice with electromagnetic radiation in presence of static electric and magnetic fields is investigated. The electric field is directed along the superlattice axis while the magnetic field is inclined at an arbitrary angle to the axis of superlattice. It is shown that the dependence of current in the superlattice on electric field in the general case can have several maxima. In some regions of electric and magnetic field values, the absorption coefficient for high frequency electromagnetic radiation can be negative that means the electromagnetic wave will be amplified. We note that negative absorption in the system is possible at some conditions at the region of positive differential conductivity in contrast to classical Bloch oscillator in which amplification takes place in case of negative differential conductivity only. This phenomenon can be used for the design of a teraherz amplifier and generator based on the superlattice. 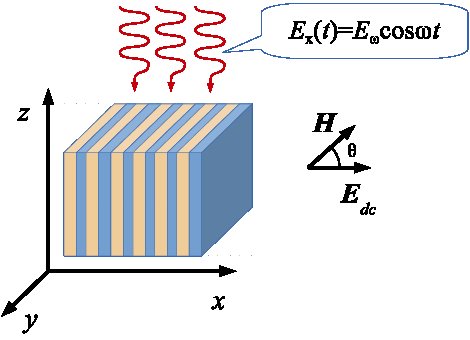